After a period of very heavy rainfall on the afternoon of Weds 31 July 2019 – which caused widespread problems across the North West of England– the spillway at Toddbrook reservoir at Whaley Bridge was damaged and was at risk of collapse.

Very soon over one billion litres of water were pumped out of the reservoir into the River Goyt – working with the Environment Agency to avoid downstream flooding. This lowered water levels in the reservoir by over ten metres. 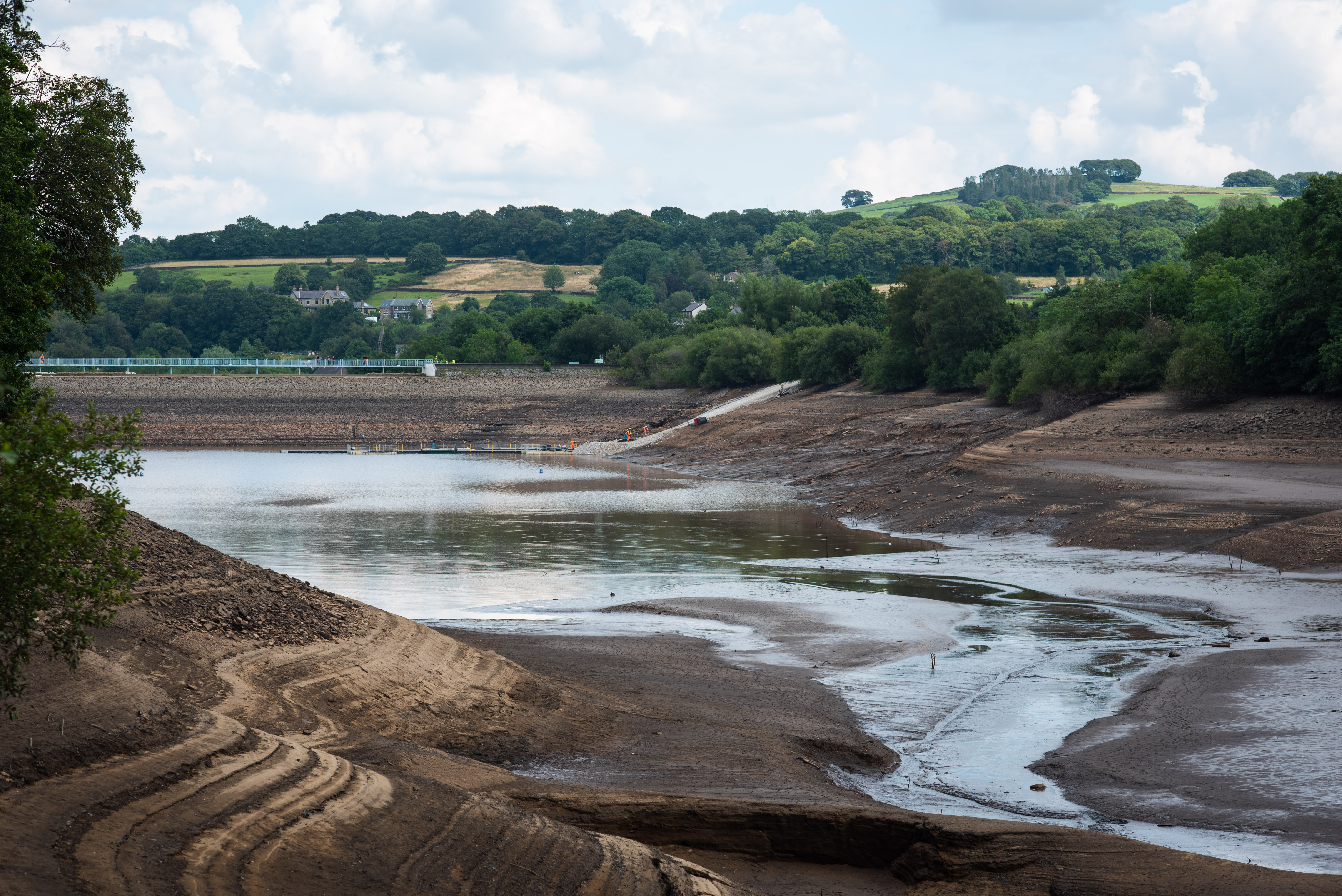 An RAF Chinook helicopter dropped over 500 one tonne bags of aggregate onto the damaged section of spillway to reinforce the structure and grout was poured around the bags to bind them to further strengthen the dam.

At the same time work to divert the feeds of water into the reservoir took place to prevent it filling back up. 11 high-volume pumps (which have the capacity to extract the equivalent of more than 12 bath tubs per second) remained on site to pump out any rainfall that entered the reservoir to ensure that it stayed at near empty.

Canal & River Trust announced a permanent repair plan for restoring the reservoir on Tuesday 23 March 2021. Subject to planning permission, the Trust is hoping to start work on site at the end 2021 and for the reservoir to be re-opened to the public in early 2024. High volume pumps will remain in the reservoir to manage water levels until the end of the restoration project. 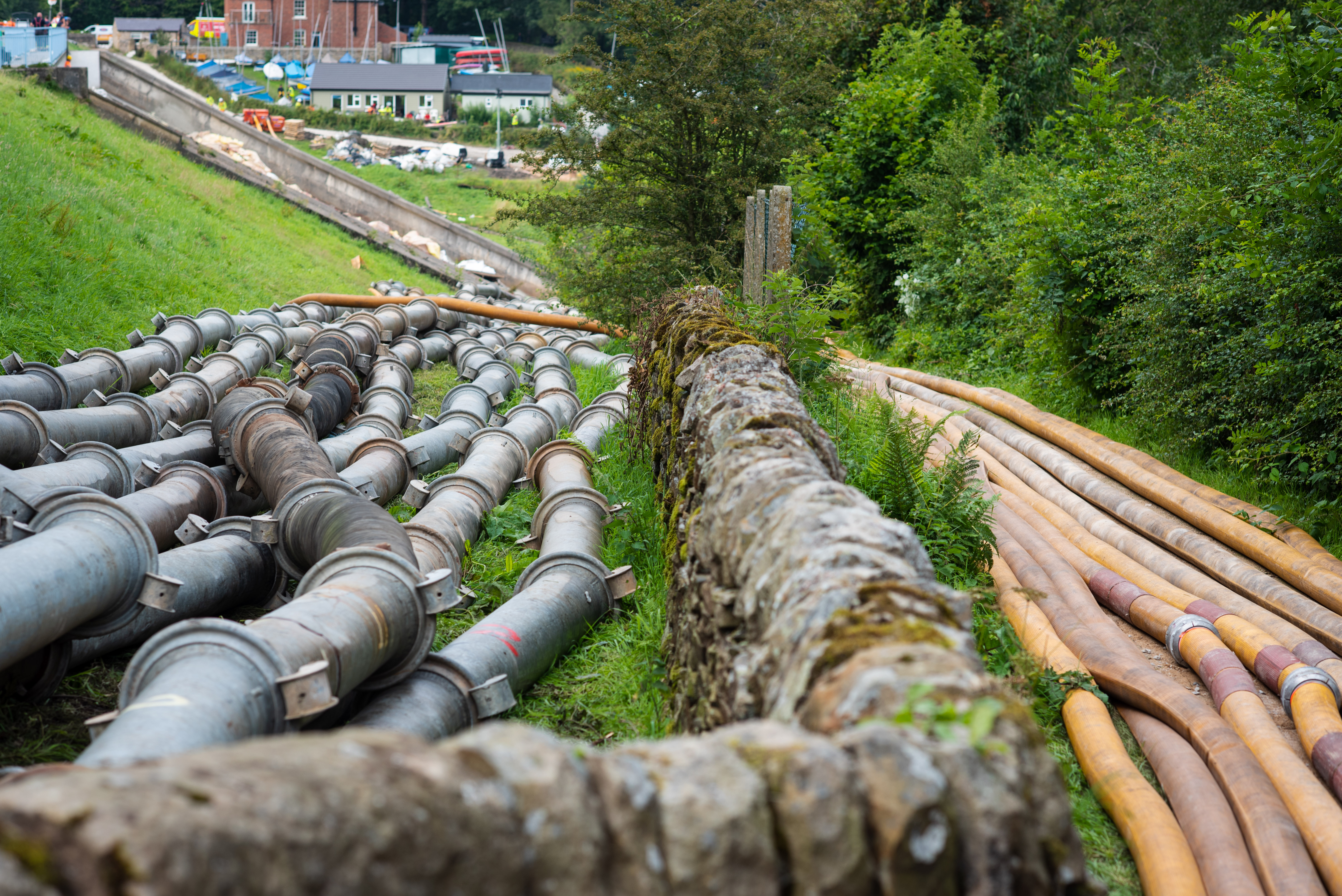